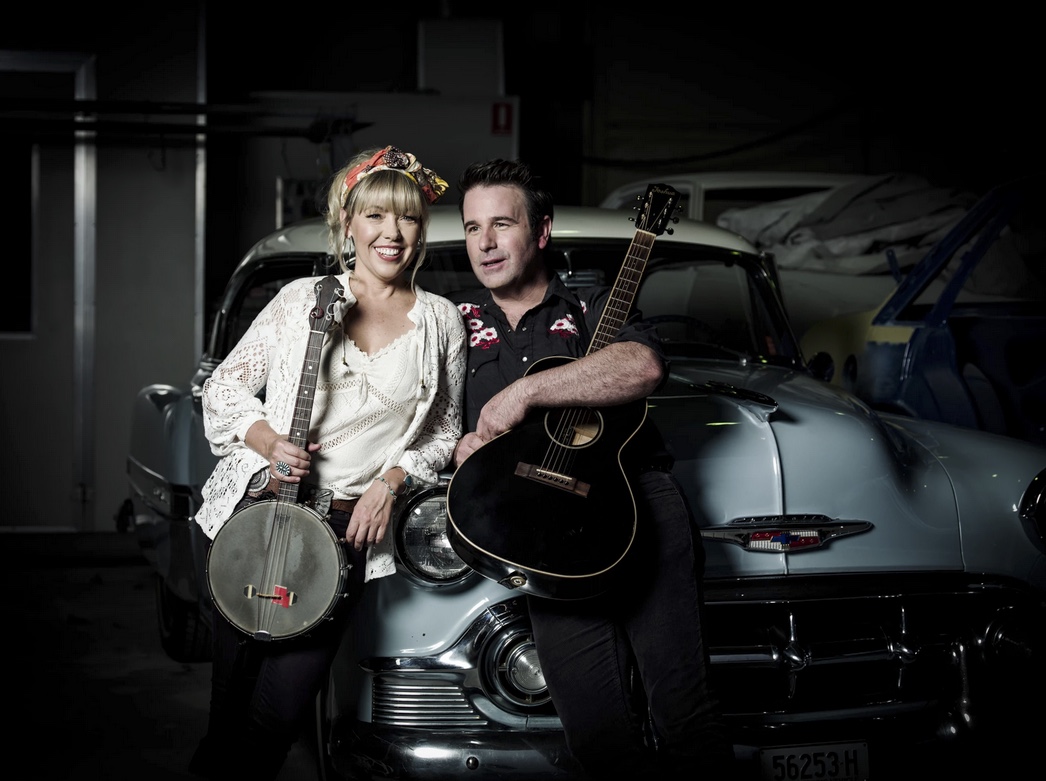 Luckily, the first rule of Song Club isn’t don’t talk about Song Club – or this might be a super short interview.

(Just quietly, and spoiler alert, thankfully the second rule of Song Club is not smash yourself up because an imaginary Brad Pitt told you to – or this might get messy.)

It’s an album of serious intent but light touch, musical hooks aplenty, simply presented, but deep with emotional kickers for both artists. But it’s more than that.

The Song Club is also the name of the songwriting collective, driven by Nashville-based Australian singer-songwriter, Sam Hawksley, with a basic set of rules: each member must write and upload a new song each week. Every week. Go two weeks without contributing a song and you are out of Song Club. Booted. Banished. Bye bye.

Being a member is also the reason Urquhart began songwriting again after any urge to write, perform and, frankly, do anything baring herself in public, was knocked out of her by the death of her husband, fellow musician and collaborator, Glen Hannah, in 2019.

Unlike her duet partner, Cunningham, who powered through in the wake of a tough relationship breakup, Urquhart didn’t get through the full year of the Club. Life, via homeschooling two daughters, her gig hosting Saturday Night Country on ABC radio, and general upkeep of a life as a single parent, kept intervening. But it didn’t matter because Song Club had done its job.

“It was quite a challenge: every week write a song. There’s nothing like seeing that red circle in the diary, knowing I had to deliver something by midnight every Thursday,” Urquhart says jovially, even as she talks about those intimidatory deadlines. “But I think it was healthy though. It was great to have that energy from everyone else, and you feel committed to the team, and as much as it’s a solo mission, you still feel like you don’t want to miss out.”

There’s not much doubt that 2019 was pretty much the worst year of Urquhart‘s life, with Hannah’s death, and the brutal realisation of the depths of his depression, long hidden from everyone around him, arriving just as she was releasing Frozen Rabbit, her first album in a decade.

But 2020, pretty much the weirdest year of anyone’s life, turned out to be something of a godsend for her, and early this year as a virtual Tamworth Country Music Festival was taking place, and her tenure at Saturday Night Country had ended, a plan was hatched.

“Josh and I said, well we’ve got these songs and we’ve got some gigs, we really should record,” Urquhart says, revealing that her radio work, and the absence of Hannah, her long-time co-producer forcing her to upskill, had given her sufficient facility with the technology to manage the recording. “And I said, I know how to run the studio, so let’s have a crack.

“It was all so natural, there was no messing around trying to make it some smick thing to fit into some box: we just did what the song allowed us to do. All of a sudden we had an album.”

While The Song Club brought weekly pressure to create, you have to think that not having somebody else’s deadline of an album release, or indeed any firm intentions to record, made the ease and naturalness of this album possible. That and the decade or more friendship Urquhart and Cunningham had developed.

“It’s really true. We just got in and the friendship side of that, and both having heartache stories in our personal lives, got us to a place where we just wanted to make music for all the right reasons. We thought why not put all the positive energy into this. It was a real no-brainer and a very natural thing.”

As natural and at ease as the record of genuine duets sounds, some of its subject matter, was anything but fluffy for either of them. But what really intrigues about these songs – only two of which were co-written, and only one written solely by Urquhart – is how often Cunningham’s work seems to capture Urquhart’s thinking and her experience.

“He has an amazing ability of telling a great truth and understanding people. Josh taps into the emotional content of anyone that he meets, or those who have been long-standing friends,” says Urquhart. “When I heard a lot of these songs through Song Club, I called him up and said ‘did you write that about me?’ And he’d say ‘might have been’. From his own journey there’s a lot of parallels.”

It’s true that there’s nothing about any of these songs that could only be about Cunningham or Urquhart: hurt and loss, even in its most devastating forms, are pretty universal. But some of Cunningham’s lines could not be more pungently real for Urquhart, who two years ago thought the world seemed perfectly poised. Except it wasn’t.

For example, “When the light that you thought you were living in, turns out to be shadows on the ground.” That feels like a gut punch to hear just as an observer.

“There have been many tears through the process of hearing them the first time, playing them and singing them,” say Urquhart. “But then there’s that choice you have to make of whether you sit and wallow, choose to stay sad for the rest of your life – and that’s a choice that some people, whether they mean or not, can’t get out of – or make the steps to stay in the sunshine and move forward, and keep finding and giving happiness.

“[Choosing the sunshine] sure beats the alternative.”

Then there’s the song, Flying, this time written by the pair, which is another that seems to speak from somewhere on the border between darkness and sunshine. It’s a track about making commitment to someone – or someones, like your children for example – when your need for it is as great as theirs.

“That’s exactly what it is,” says Urquhart. “The truth behind it all – we really mean what we are talking about.”

That may be a rule of Song Club. It’s certainly a fact of The Song Club.

The Song Club is out Friday, May 7.

(This review was originally published by Bernard Zuel at: https://www.bernardzuel.net/post/country-club-rules-felicity-urquhart-signs-in)

Another Word for Happiness: Weekend Australian Review (May 1-2, 2021)
Scroll to top