ABC Music is thrilled to announce the signing of much loved country music artist and personality, Felicity Urquhart. Felicity will release her new studio album in early 2019; this will be her first standalone release in over decade. ABC Music will also be the new home for Felicity’s back catalogue, which will be available from January 18th through all digital partners.
“We are very excited to have Felicity sign with ABC Music. Felicity has a long-standing relationship with the ABC family so it is great to extend her association with the new album and back catalogue coming thru the label.” – Natalie Waller, Head of ABC Music
As Felicity concurs, “It feels right at this stage in my career to sign with this amazing team! Bringing together my catalogue and brand new album with friends at ABC Music makes perfect sense to me. When it comes to reaching people across the country ABC do it first class and I’m looking forward to sharing new songs in 2019.”
Felicity, the host of ABC’s ‘Saturday Night Country’, has solidified herself as one of the most popular and recognizable country music artists in Australia. She has also accumulated an extensive list of accolades to her name. A seven-time Golden Guitar winner with seven studio albums behind her, she has also been nominated for an ARIA, won the CMA International Broadcaster award and performed for both the Pope and the President of the USA. Her 2018 album with Bennett Bowtell, ‘Weeds’ is currently nominated for three Golden Guitars – with their first album winning two Golden Guitars.

Two of Australia’s premier singer-songwriters together in concert. One show only with full band including Brendan Radford, Steve Fearnley, James Gillard, Vaughn Jones and Glen Hannah. A very special show for the 2019 festival! 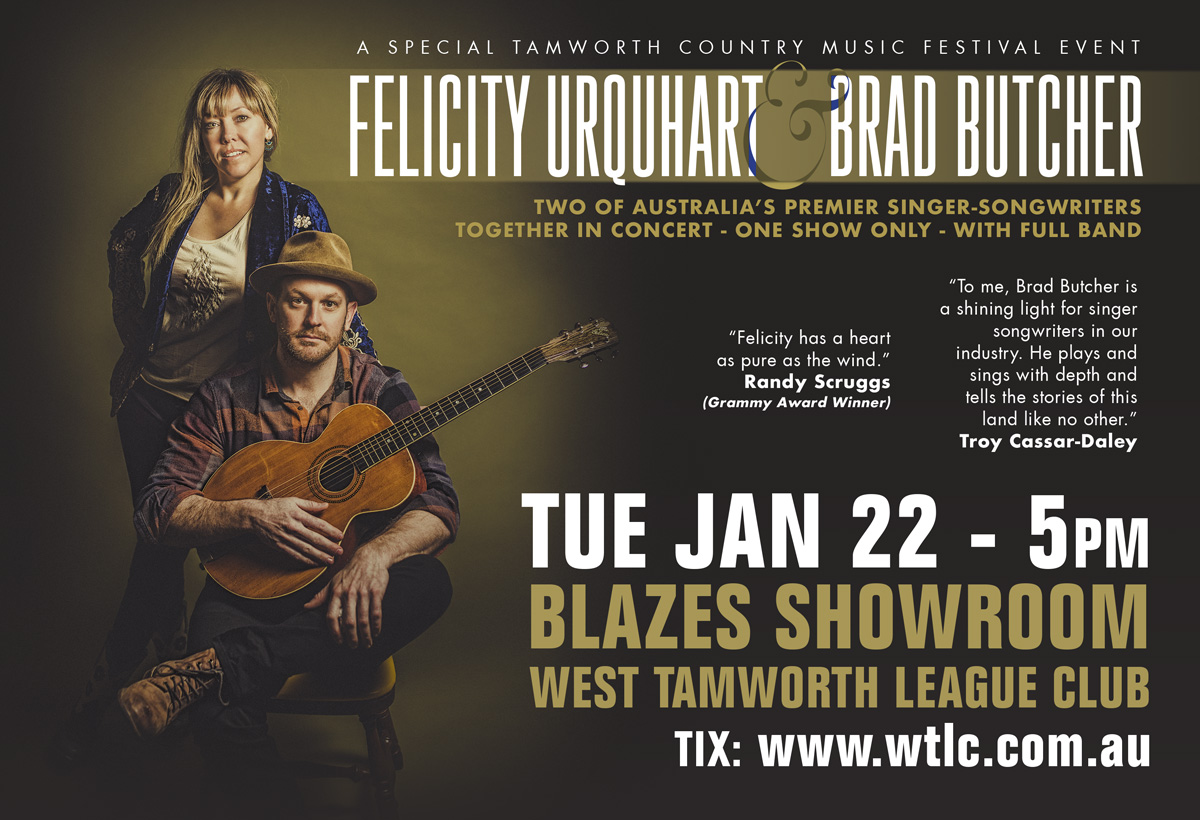